What was the best win you were involved in? The first grade Premiership with St George CC in 2000/01 but closely followed by a semi-final win over Fitzroy-Doncaster in 2006/07.
Cricket Sydney
Jan 21 Sydney 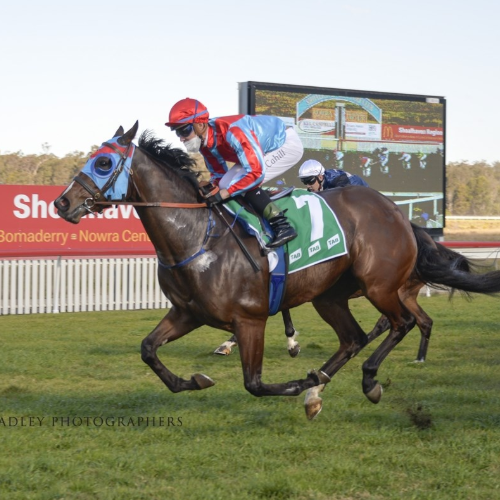 Nathan Pilon made his first class debut for New South Wales in the 2000/01 cricket season before moving to Melbourne and making his debut for the Victoria Sheffield Shield team in February 2006.

Playing for Carlton CC in Melbourne Pilon holds the clubs wicket keeping record with 278 dismissals, 247 catches and 31 stumpings. With the bat he scored 7,107 runs at an average of 36.63.

What year were your born?

Filled in for Dad’s team in Leeton country NSW. I was around 6 and I was last into bat, all players came in around the bat and I whacked it over their heads! haha

Played all my junior cricket in Dubbo, 1 year at PCYC then moved over to Newtown CC where I played juniors and seniors.

How old were you when you first played grade cricket in Sydney?

What was the influences for your decision to join St George?

Met a fella by the name of Graeme Rummans at a School Rep cricket carnival and his family Kenny & Sandra were kind enough to put their hand up let me stay with them over the carnivals held in Sydney. We hit it off, playing over 100 games of pool in his rumpus room in the couple of weeks. When I left school, I made the decision to move to Sydney and play with St George CC, Kenny & Sandra opened their arms and doors to me again until I found my feet in the big smoke!

What age did you make your first-grade debut?

I was selected at 21 in Nov 1997 to play against Hawkesbury CC, not as a keeper but a batsman and got thrown the ball for a few overs bowling my medium pace.

What prompted the move to Victoria?

I had a meeting with new coach of NSW at the time Trevor Bayliss and he was open and honest with where I stood in terms of selection and contracts for the following season and said they were 50/50 about offering me a contract going forward. He said, Brad Haddin and I were at the same age and there was a young keeper coming through Daniel Smith. He said that they were tossing up whether to just keep Brad and myself on the contact list or just keep Brad and offer Dan a rookie contract. With that I said, “If that’s the case, I would look interstate for opportunities.”

Who was the fastest bowler you kept to?

The fastest would definitely be Brett Lee.

Who was the best spinner you kept to?

Shane Warne, but Stuey MacGill was bloody good as well!

Who was the best bowler you kept to?

Is there a particular catch and stumping you remember most fondly?

It would have to be my first dismissal for NSW, Matthew Elliot caught off the bowling of Anthony Clark.

Closely followed by a catch/stumping off Dominic Thornley to dismiss Cameron White at Bradman Oval. He was one of the first players that I had kept to that could bowl the knuckle ball that floated. Ahead of his time, Dom was!

I was up to the stumps and he got the edge and Whitey dragged his foot as well. I took the catch and bails (just in case).

201 not out against Penrith at Howell Oval. We lost the game unfortunately!

I was on 197 not out overnight and Paul Ryan the Captain at the time gave me the heads up as we walked off the ground and said we would be batting on the next week to get my double hundred but said to play along with him after the game and our end of day chat.

My batting partner James “Elbows” Turner one of the nicest blokes you’d ever come across. He had the strike for the last over and couldn’t get me on strike and was filthy on himself!

Ryany said, “Righto boys, great day! Well batted Pilo, a great knock 197 not out and we have 350 on the board, so great effort we will declare and have a crack at them!

With that, Jimmy jumped up and yelled NO, You can’t do that and slammed his fist on the seat! We all had a chuckle!

What’s been your most memorable moment in cricket?

Very hard question as I have played with and dealt with a lot of great people along the way. I will have to break it down…. Steve Rixon was the coach who got the best out of me as a player. Graeme Rummans and Paul Ryan have been the biggest influences on and off the field and have always been there with advice and have shaped me as a player and a person.

By far the funniest person I have played with was Brad McNamara. The one liners on the field to opposition, umpires and his own team mates were hilarious. His story telling after the game with a few beers had whoever was in ear shot in stitches.

Mark Waugh, loved watching him bat and in the field, there were none better.

The first grade Premiership with St George CC in 2000/01 but closely followed by a semi-final win over Fitzroy-Doncaster in 2006/07.

We were 4/6 and Dirk Nannes was bowling absolute rockets and swinging them in late.

He knocked the top four over, then decided to go around the wicket, slipped and did his ankle and couldn’t bowl for the rest of the game.

We went in for second innings and made 8/233 declared off 40 overs and bowled them out late in the day for 108.

What did you enjoy most about playing Premier/Grade Cricket in Sydney?

The competitiveness, the comraderies and the style of cricket. It was played very hard on the field but after the game there was a lot of interaction with opposition teams over a couple of cold ones. Its where you could learn a lot about the game I felt!

You were named in St George Cricket Club team of the century, what did that mean to you?

I received the call from John Jobson and I was in disbelief to be honest. I think I said to Jobo about ten times, “are you serious!?” To be acknowledged and selected along with some of the greats in the game and in one of, if not, the most successful cricket club was a great honor.

Can’t I just book the whole flight! I have played with a lot of great people.

Brad McNamara (Funniest ever) and Graeme Rummans (Best Bloke ever)

The one and only Hurstville Oval!

A Wicket Keeping tip from Steve Rixon that gave me a lot more time up to the stumps and made me a more consistent/better keeper.

I have stepped away from cricket but trying to do a bit of work with Casey-South Melbourne Cricket Club and as I answer this question I find out the young keeper from Berwick CC Jordy Cleland who took over from me this year has broken his finger. Guess who’s back.

You are going to get a lot of advice but filter through and find out what works best for you and your game!

Spending time with the family, bike rides. Basketball and when I can golf.

My wife and I have bought her family business along with her mother. We have a flooring and window covering business. Domestic and Commercial. It’s called D & M Flooring & Windows (D & M Furnishings) and currently in the process of rebranding.

Not really but in saying that, the game of cricket has given me a lot of wonderful opportunities in the business world and I have met some amazing people that I would not have had if I hadn’t of played cricket.