When you consider Phil Wells scored 10,025 runs at an average of 42.12 and was a member of 5 premiership winning teams you’d have to say he was mightily unlucky not to have played first class cricket for NSW.

Let’s find out more about the little run machine

Firstly, what year were you born and where?

I don’t really remember but I think I was about 8 - no recollection on how I went.

How old were you when you came to Sydney and why did you pick St George?

I was 16 and it was St George clubs history and tradition that was the main drawing point. It was also on the south side of Sydney which made it easier for travel.

190 not out for Bankstown against St George at Bankstown

How many First Grade Premiership have you won?

I always had to put the left pad on first

Both Hurstville and Bankstown Ovals – I can’t spilt them

Who are the three fastest bowlers you’ve played against in NSW Premier Cricket?

﻿Who are the 3 best spinners you’ve played against in NSW Premier Cricket?

Who are the 3 players in NSW Premier Cricket you’ve admired most and if you could add a couple of words as to why?

Graeme Rummans always looked in control and understood his game better than anyone I’ve seen.

Warwick Hayes had immense respect for the game and showed it through hard work and proved you can get results at any age.

Ken Hall played before my time but through all the stories and being involved at Bankstown I admire him greatly. His love for the game is like no one else’s.

What do you enjoy most about playing Premier Cricket?

The camaraderie. There are so many bad days in cricket but when you have a good day its great there are 10 other mates there supporting you.

You’ve had a very successful career in NSW Premier Cricket did you ever think about going interstate?

No, not really. I just wanted to do my best in Sydney and see what happened from there.

You made your First Grade debut back in 2005. Has First Grade cricket changed much from then to now and if so, how?

Yes it has changed. There’s a lot more players playing First Grade at a younger age

If you had the opportunity to change one thing to improve NSW Premier Cricket what would they be?

Watch the ball and always find a way to have fun

I run my own business and a floor layer 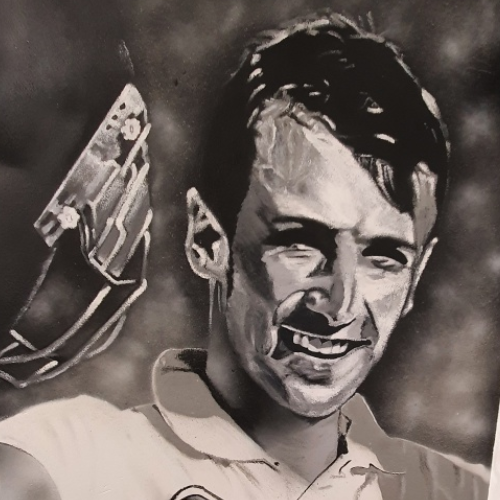