The Story Behind Bradman's Record-Breaking 1934 Bat

Part of the rich history of the Ashes, Sir Donald Bradman’s William Sykes & Son cricket bat – used in the record-breaking 1934 series in England – is going under the hammer this week.
Bradman Museum
Dec 09 Bowral Part of the rich history of the Ashes, Sir Donald Bradman’s William Sykes & Son cricket bat – used in the record-breaking 1934 series in England – is going under the hammer this week.

As Pat Cummins and Joe Root reignite the 139-year rivalry in Brisbane, they will be inspired by Ashes heroes past; not least Sir Donald, whose contribution in 1934 ensured the urn was returned to Australia.

Cracking an astonishing 758 runs across the series, Bradman used the 2-pound, 2-ounce Sykes & Son blade in the historic fourth and fifth matches of the series; where he made 304 at Leeds and 244 at The Oval. Two of the finest innings in Ashes history, the Headingley knock was Bradman’s second-highest at Test level, while the dazzling display at The Oval a month later was part of a record-breaking 451 run stand with Bill Ponsford.

Front and reverse of the bat (on loan to Bradman Museum)

The significance of the performances is well documented in The Bradman Albums, too, where Sir Donald himself reflects on his efforts at Leeds.

“Headingley must be my happy hunting ground, because for the second time there I made over 300 in one innings in a Test match.

“Critics in some cases rated it a better innings than the one in 1930 (Bradman’s highest Test score of 334), through my own assessment that would not be so and certainly the rate of scoring was slower,” he wrote.

The runs did not abate, headline appeared after Bradman's 304 (Bradman Albums)

Humble and forever focused on the results of the team, Bradman was cognisant of the fact that his efforts didn’t secure victory for the Australians, as he wrote: “Regrettably, it availed Australia nothing because a heavy downpour caused the match to be abandoned as a draw.”

Wilfred Rhodes, however was effusive in his praise for The Don in his newspaper column which also appears in The Bradman Albums.

“Our bowlers had to pay tribute, as soon as Bradman decided that the time had come for him to move seriously along the run-getting road.

“All today he batted like a man determined to fulfil a promise to himself and he has served Australia as well as a batsman can.”

Batting with Ponsford (181), Rhodes complimented the Victorian for his part in the commanding partnership.

“Ordinarily Ponsford’s innings would stand head and shoulders above any other in a Test match,” he wrote. “Today it just happened that he was overshadowed, as anyone else would have been, by Bradman.”

So, with the Ashes in the balance as the two teams met at The Oval, Australia was again crying out for a hero, and yet again, Bradman and Ponsford delivered. The pair came together at 1/21 and shared an astonishing 451-run partnership for the second wicket – a world record that stood until 1997. A stunning effort, Bradman cracked 244 and Ponsford his highest Test score of 266 as Australia posted a mammoth 701 all out.

Typically understated in his reflections, Bradman was simply pleased to be part of a match-winning side.

“The fate of the Ashes rested on the fifth and final Test,” he wrote. “Following the Leeds pattern, WH Ponsford and I were again associated in a long partnership which made the game safe for Australia.”

So, with the Ashes secured, and another mightily successful series personally, Bradman had ensured his place as an immortal of the game. it was the end of an era, too, for Bradman never played for Australia again without being captain.

The bat, which has been in the same family since Bradman gifted it to them in 1934, is heavily worn – particularly in the middle – and retains a now atrophied grip.

Signed personally By Sir Donald, it reads “Don Bradman Private” on the upper right reverse blade and “This is the bat with which I scored 304 at Leeds and 244 at The Oval against England 1934” on the centre right side. Both inscriptions are made using an ink pen.

The bat has been on display at the Bradman Museum since 1997 and will be again this weekend; holding centre stage in the International Hall.

Secure your admission to the Museum HERE 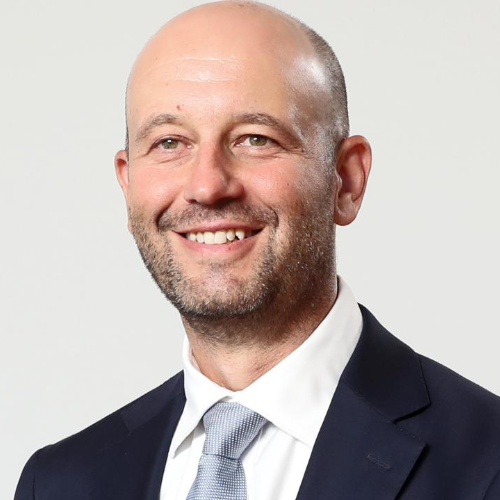